I'll admit, I had a hard time writing about my experience traveling solo in Japan. I've traveled to over fifty countries and going to Japan was the first time I experienced such extreme 'culture shock.' Three weeks alone in Tokyo and Kyoto were enough to have me feeling like the loneliest gaijin (foreigner) that ever was.

As a shameless American who loves chatting up strangers, smiling at everyone like an idiot and reveling in their own sense of individuality, making my way through Japan often felt alienating. There were days where it seemed like no one looked my way or spoke to me outside of providing a service. I know it probably sounds like I'm expecting the red carpet treatment. So, I want to be clear that this is my problem, not Japan's. But if you're going to Japan solo, know that meeting people, outside of other solo travelers, can be tough.

There is a word in Japanese, meiwaku, what Thomas Dillon from The Japan Times describes in this article as "an important word in overcrowded, group-centered, harmony- obsessed Japan." It can be translated in a number of ways, but the most common translations I can find define it as trouble, annoyance, or the act of being annoying. In other words, causing trouble to others. There is something to be valued, I think, in minding your own business in Japan. While this can be a bit isolating for gaijin like myself, sometimes, the best way to avoid being a burden is to keep quiet, enjoy the silence, and appreciate all the sights Japan has to offer.

In my opinion, there is no place better to do this than Kyoto, the former capital of Japan. It's still known as the 'cultural capital,' however, because of the massive number of temples, shrines, palaces, and gardens that exist there. All of these sights are perfect to take in alone or with a friend, but the point is, they're so beautiful and awe-inspiring that you won't miss the company should you be traveling solo. My favorite company while exploring Kyoto? The Lost in Translation soundtrack. Put your headphones on and take a walk with me through some recommendations for the perfect weekend alone in Kyoto.

1. Hike to the Fushimi Inari Shrine

This shrine is dedicated to Inari, the Shinto god of rice. Since foxes are thought to be the messengers of Inari you can find statues of these clever critters everywhere along the paths and in the many shrines to be found alongside the trail.

Get this out of the way as soon as you can! And I don't mean get it out of the way as if it's too much of a task. This was, hands down, my favorite experience in Kyoto. However, I had no idea how much of a hike it was to the top. The trip to the summit and back is about 2-3 hours, depending on your pace. Mine was a little closer to 3 since I did this in the middle of July and had to stop every chance I got to buy water from one of the many little shops on the way up. I was soaked with sweat, but it was worth every step to see all of the torii gates.

Also, don't let me dissuade you. You're free to turn around any time you like! The experience is top-notch from the bottom up, so no pressure to climb all those stairs if you're not feeling it.

2. Walk the Streets of Gion

Gion is known as Kyoto's geisha district. Painted women in kimonos are not an uncommon sight on the area's quaint stone streets lined with traditional-style wooden houses. This scenic neighborhood has no shortage of high-end restaurants that serve Kyoto-style kaiseki ryori, or Japanese haute cuisine. There are also a number of teahouses where guests are entertained by geisha. I didn't have one of these fancy experiences, personally, but I loved walking around Gion just to take it all in. Walking these streets really feels like stepping into a different world, or a different era. There are also cultural shows like performances of the Japanese tea ceremony and shops where you can buy souvenirs like Kyoto's famous Ajari-mochi or other confections made with the highest quality Uji matcha.

You certainly don't see bamboo every day, at least not where I'm from. The Arashiyama Bamboo Grove is one of Kyoto's most famous attractions and for good reason--it's positively idyllic, like something out of a movie! I highly recommend checking out nearby Tenryu-ji Temple, a Zen temple known for its scenic garden and unparalleled views (except, perhaps the view from the next activity on this list) while you're in the area. Bring a camera! All this bamboo makes for a perfect, Instagram-worthy background.

4. Drink for Health, Wealth, or Love at Kiyomizu-dera

Probably one of the most famous temples in Kyoto and all of Japan, Kiyomizu-dera is magnificent.

Kiyomizu-dera literally translates to "Pure Water Temple." This UNESCO World Heritage Site is famous for its large wooden terrace, stunning views, and the Otowa Waterfall located at the base of the shrine's main hall. It's tradition to drink from one of the waterfall's three separate streams using cups attached to long poles. Each one of the streams will give the drinker something different: longevity, success in school, or a fortunate love life. I was told they divvy out health, wealth, and love but perhaps this is true! Either way, I chose health and longevity. My grandpa always said that you didn't have anything if you didn't have your health. The rest will have to work themselves out, eh? Oh, also be prepared to wait in line to drink, and don't drink from all three streams unless you want everyone to think you're a greedy jerk.

Despite having experienced so much culture shock, I miss Japan all the time. I'd go back in a heartbeat if I could. I wish that I could say it was only because of its beauty, or the politeness of the people I met there, no matter how uninterested in making conversation they might be. No, what I miss the most about Japan involves three things: convenience stores, toilets, and vending machines, in that order.

I've tried a lot of cold brew and nothing compares to Boss, one of many brands of Japanese canned coffee that can be found at vending machines everywhere. And they're so cheap! They cost about three dollars per can on Amazon if you want to drink them in the US, but these smooth, quality, and potent coffees sell for only a hundred yen or so in machines. And there are vending machines everywhere, even on seemingly residential streets. I miss the unsweetened, simple bottles of green tea as well. If you think my love of vending machines is bad, don't get me started on the bidets and restaurant-level quality of the bento lunches at 7/11.

Take the scenic route walking this stone path through the city's Higashiyama district and ponder life. The path along the canal is one of the most popular spots to view cherry blossoms in the springtime. It also passes by several temples you can stop at along the way, like Gikaku-ji, the Silver Pavilion. The path is said to be named after Nishida Kitaro, one of Japan's most famous philosophers, who meditated while walking the path on his daily commute to Kyoto University. If it was good enough for him, it's good enough for me.

Kinkaku-ji, the Golden Pavilion, is a three-storied Zen temple in Kyoto. Its top two tiers are covered in gold leaf, making for impressive photos sure to wow your friends back home. It was the retirement villa of Ashikaga Yoshimitsu, a shogun who reigned in the 14th century. Throw a few coins at the statues on the grounds for luck while you're there if you want a more interactive experience besides viewing this extravagant structure from across the pond. Also, expect crowds! Hey, at least there will be someone to take a picture of you with the Golden Pavilion.

8. Hang With the Monkeys at Arashiyama

Don't be fooled, this monkey is in a cage--you're the one who goes into a cage to hang with these monkeys. This park is home to over 120 Japanese macaque monkeys like this little guy. The monkeys are totally free to do their thing, and you're sure to have a great time watching them frolic so long as you can follow a few rules: don't look the monkeys in the eye, and don't point your camera at them, you get the idea.

The park itself is quite a hike up, so wear good shoes. And be sure to enter the feeding cage and buy some snacks to feed the monkeys! Probably the closest I've ever gotten to one in my life. I could hang with these guys all day.

Ryoan-ji, a Zen temple that once served as an aristocrat's home, is probably the most famous rock garden in all of Japan, but it's not the only one in Kyoto. Fun fact: these beautiful, serene gardens are meant to inspire meditation in reducing nature to its essentials. It's kind of like what abstract painters were trying to do, when you think about it. Zen Buddhism did it first!

I've mentioned a few foods Kyoto is famous for earlier in this article, like Uji matcha and kaiseki, but there are so many dining options in Kyoto you could never get bored. Kyoto is also famous for yudofu, or hot tofu, and nishin soba, warm noodle soup made with preserved herring and buckwheat noodles. Kyoto is also a wonderful place to be if you're a vegetarian, thanks to the city's historic ties with Buddhism. Look for a shojin ryori, or a Buddhist eatery, for veg heaven.

Oh, and if being totally alone is your thing, don't miss the famed Ichiran, a cash-only ramen chain that serves up the soup at solo booths, as well as one of those conveyor belt sushi places. You don't even have to talk to anyone. Like, at all.

I could probably write an entirely new blog post on this subject, so I'll stop here out for lack of space and an increasing need for all of the Japanese food.

11. Visit a Shrine at Night

You can't visit every shrine or temple at night, but I highly recommend finding one open to the public and all hours and doing so at least once. Fushimi Inari, for example, is one of the shrines open at all hours. I recommend visiting the Yasaka Shrine, also known as the Gion Shrine, because of its proximity to the district and its open-door policy. The place is illuminated by paper lanterns galore, and at night there's hardly a soul walking around the place. Well, hardly a soul if you compare it to, say, the Golden Pavilion in the daytime. Sometimes, solitude is bliss.

What do you think, would you feel comfortable traveling to each of these places alone, or would you bring a friend? I'd go back either way, in a heartbeat.

Six guiding principles to follow from a woman who has traveled alone to over fifty countries. Here's what I've learned. 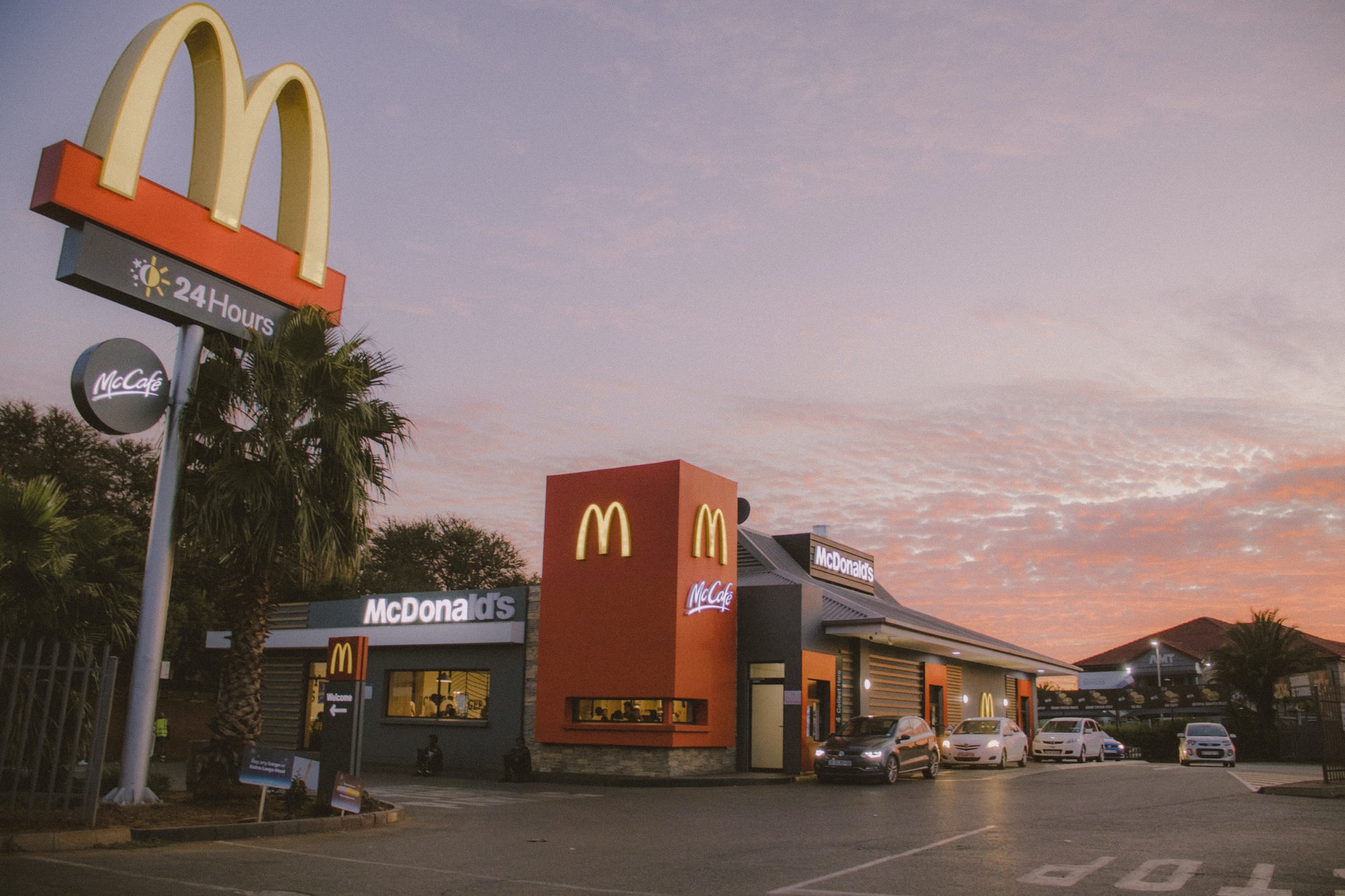 You'll find this famed fast-food chain in each continent but Antarctica. Which of these unique menu items from around the world would you want to try first?