In time of conflict, communities come together to help each other survive. This is especially true for Black 'culinarians' across the United States.  They create important edible connections, and spaces for Black community members to come together. These restaurants also provide Black entrepreneurs the opportunity to close the racial wealth gap and provide jobs for the community.

On the bustling corner of West 113th and St. Nicholas Ave stands the cozy, inviting, and locally sourced restaurant, Seasoned Vegan. Opening on the mission of making delicious and healthful foods for their communities, Chef Brenda Beener opened the first full-service vegan restaurant in Harlem. Imagine if you had a vegan grandmother that cooked food for the whole family on a Sunday. That's exactly like the same menu you will find here.

Some signature dishes that will leave you stunned are the 'chicken' and pancakes, where fermented soybeans make for a deliciously convincing 'drumstick,' along with some sweet potato pancakes. The BBQ 'crawfish' sandwich texture is especially uncanny to crawfish. The faux crawfish is made with burdock root, a member of the sunflower family, and is grilled and tossed with remoulade, along with BBQ sauce. No matter whether you are vegan or not, you will enjoy Seasoned Vegan!

Ethiopian-born, Swedish-raised Marcus Samuelsson opened up Red Rooster to bring both Scandinavian influences and American comfort food together. Based in the Black Renaissance of New York City, Samuelsson does not disappoint when it comes to making this restaurant a NYC hot spot.

If you want the best crab cakes, order the Langston's crab cake, as well as the hot honey yardbird that comes with light and dark meat, garlic mashed potatoes, braised succotash, and gravy!

This DC institution first opened in August 1958 by Virginia Ali, and her husband Ben. Frequented by celebrities, as well as former President Barack Obama, Ben's Chili Bowl has stood the test of time, preserving after the 1968 race riots following the assassination of Martin Luther King, Jr, as they stood on the forefront to serve customers past curfew.

The signature dish of this acclaimed establishment is the half-smoke. Often a bit spicier and made of meat that's more grounded than a hot dog, the half-smoke is generally smoked before it's grilled. Served on a soft, white bun and topped with cheese, chili, and onions, the half-smoke is what you need to order the next time you visit the nation's capital!

Not only the home of president's and national agencies, Washington D.C. has often been referred to as 'Little Ethiopia' for its many restaurants that bring in flavors from the far-away African country. Tefera Zewdie, the owner of Dukem, who left Ethiopia as a teenager makes her customers feel as though they are in Ethiopia, with its interior design.

Introduce a newbie to Ethiopian food, or better yet, yourself, and taste the array of delicious stews soaked up with traditional injera bread, an Ethiopian flatbread sourdough!

With a taste of Texas barbecue, Hattie Marie's Texas Style BBQ and Cajun Kitchen brings flavor to downtown Atlanta. Smoked on site, with a bit of a Texas flare, you will find brisket, pulled pork, ribs, smoked wings, and all the delicious sides that go beyond potato salad and mac and cheese!

Order the Smokey Sausage Links Sandwich that bursts with flavor, as well as cheese on a bun with a side order of baked beans with pulled pork.

Look for the cookie-printed truck the next time you're in Atlanta, as this eatery is a food truck!

Jessie Washington, owner of Brunchaholics is looking to change the way people think about the beloved weekend indulgence. Despite living in a region that thrives on Southern cooking, Washington does not let that dictate his menu.

Besides the popular go-to dish, shrimp and grits, order the soul food burrito that is stuffed with fried catfish, mac and cheese, and greens, with a side of hot sauce.

Owner Corey Bradley Jr., whose motto is, 'If it don't fall off the bone, it's free,' became an overnight sensation after a video was posted on Twitter of a customer shaking one of his signature turkey legs until the meat fell away from the bone.

To get his turkey legs so tender, Bradley smoked them, but will not share his secret when it comes to how long he smokes them until they fall off the bone. Bradley smokes eight flavors, plus four that are "smothered." The New Orleans Saint smothered comes topped with a big pile of beans and rice, and is served with cornbread. He also does a smothered mac 'n' cheese, as well as one tasty broccoli-rice-and-cheese casserole.

A Hollywood, California-based soul food restaurant chain founded by Herb Hudson, a native of Harlem, opened his first restaurant in 1975. For its name-sake, this place is known for serving the best chicken and waffles, both together and separately.

Popular with celebrities and the like, Roscoe's Chicken and Waffles is an L.A. institution that all visitors must try when they make their way on to the West side.

Lou, The French On The Block

To bring their French culture and tradition to America by establishing their own French bakery, or boulangerie, Chef Laurent 'Lou' and Karima opened their very own French café in the Burbank, Toluca Lake area.

Connected by their strong roots from Paris, this bakery takes pride in their array of products, made with love and passion to give customers the best experience.

Situated in Old Oakland's Swan's Marketplace, the first Super Juiced opened in 2012 by Emanne Desouky and Rana Halpern, two women that believe eating organic fruits and vegetables is not a luxury, but a human right.

Come out and support this establishment, as they prioritize hiring queer youth of color and paying employees above minimum wage. Order the Emerald Moon smoothie, a blend of housemade coconut milk, mango, kale, spinach, medjool dates, coconut chips, and cinnamon for the most refreshing beverage you've ever had!

Have you tried Liberian cuisine? Time to visit the Bay Area's only Liberian spot, Kendejah Restaurant in San Leandro. According to the owner, Dougie Uso, he wants you to feel like you're visiting a friend's house. Both friendly and casual, visitors will get a history lesson too, along with the best food out there.

Order the oxtail stew, or the attieke with fish and jollof rice!

Now, more than ever is it ever-so important to support black-owned businesses throughout the United States. From vegan drum-sticks made with soy, to delicious French pastries, Black culinarians are making amazing strides towards providing food for their communities and beyond. 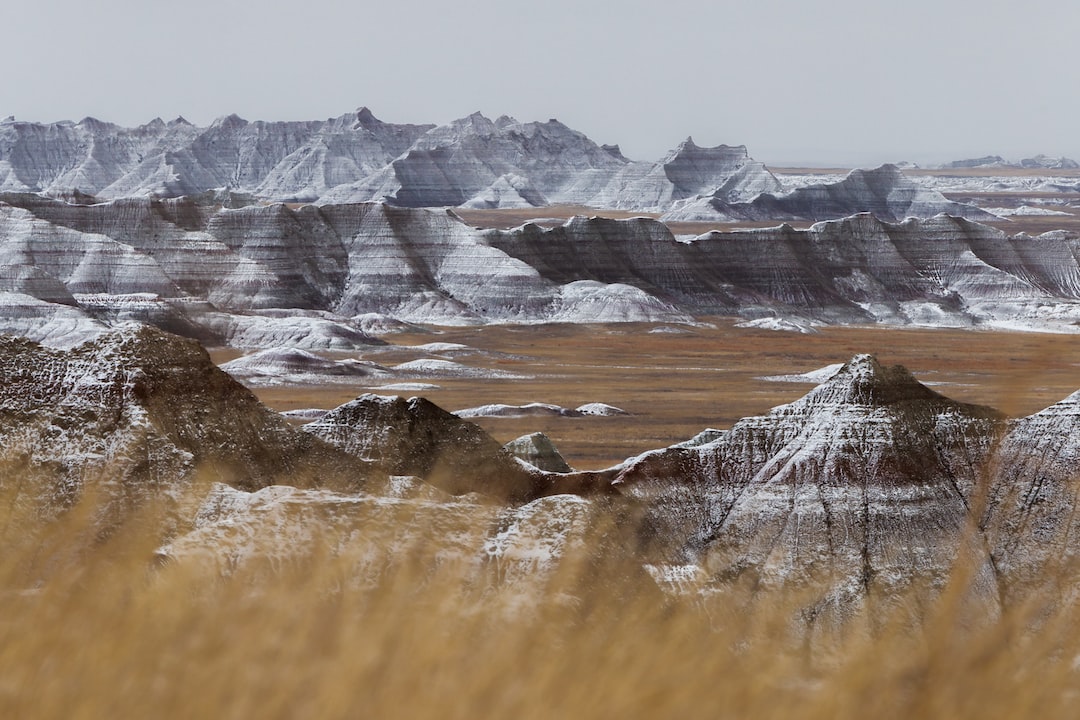 A road trip to South Dakota's Badlands and Black Hills encapsulates everything a trip should be: swaying grasses on the prairie, abundant wildlife, historic sites, and exhilarating outdoor adventures that are just waiting to be explored!

What will air travel look like when travel resumes? Not normal, that's for sure. But just how different will things be? Our most compelling answers come from Asia, where countries are weeks or even months ahead in their recoveries.