Persian cuisine, especially that of Northern Iran, offers some of the most magnificent rice dishes in the world.

One the highlights is polo (or polow). Similar to biryanis, these dishes are aromatic mixes of Persian rice and tasty ingredients. Some of the more common polo's you'll find are listed below:

Polo is cooked in broth while the grains remain separate, straining the half cooked rice before adding the broth and then "brewing". Persians also have chelow (white rice with grains), kateh (sticky rice) and tahchin (slow cooked rice, vegetables, and meat cooked in a specially designed dish).

If you like anything extra-crispy, or have an appetite for crackly pan scraps, then you must try tahdig. Tahdig, which translates as 'the bottom of the pot,' is the panfried layer of crust at the bottom of the rice pot. When made, tahdig looks like a perfectly caramelized disk of crunchy, golden goodness. If Iran had a version of soul food, tahdig would be it, as this dish is always the first to disappear at any Persian family feasts.

The basic premise of making tahdig is by putting extra cooking fat in the bottom of the pot, allowing for the bottom layer to panfry, while the rice above gets steamed. The simplest is to use either basmati or plain rice, as well as incorporating yogurt into the mix to give the dish a pasty, thick texture for all to enjoy. Detached and served whole, or cut into golden shards, tahdig is the perfect meal for anyone craving a soul food meal.

The first time I had arroz con coco - the savory-sweet, nutty brown coconut rice common to the coast of Colombia - was at a small pueblo set in the Andes Mountains of this beautiful country. I sat at a small restaurant near the middle of the town square, picking at fresh trout slashed and deep-fried to a crisp of golden brown, served with the delicious fried green plantains know as patacones, and a grand heap of coconut rice.

Deep brown with crunchy flakes of crisp coconut grounds, this dish has the aroma of coconut, but not as strong as other coconut rice dishes from other parts of the world. It's served to be as a side and does just perfectly as that, with your choice of adding raisins for a more savory preparation!

Xôi ngũ sắc or five-color sticky rice is a traditional dish of the Tay ethnic group in the Vietnamese Sapa. This dish is made of five varying types of sticky rice, each with a distinctive color - green for wood, yellow for earth, white for metal, red for fire, and black for water. Depending on which part of Vietnam you're in, there can be other colors, but yellow, green, and red are the staples.

In order to create this fun dish, glutinous rice must be soaked in water for at least six to eight hours, or until the rice blooms. Next, the rice is then divided and dyed by using coloring from vegetables and fruits from local forests and gardens. The Vietnamese believe that the more colorful the rice is, the more likelier a family will gain a fortune for the following year. Usually prepared for the New Year and other festivities, show off to all your friends by making this colorful dish.

Bibimbap is probably one of the most well-known dishes and beloved Korean dishes to many people. Even if you haven't been to Korea, it's not too difficult to find this dish or people who have had this meal sometime in their lifetime. Simply translated to 'mixed rice with meat and assorted vegetables,' the options are endless when it comes to creating variations depending on your preferences or dietary restrictions!

Traditional versions of this dish are made with raw egg yolk and raw beef along with other vegetables, including carrots, cucumbers, spinach, bean sprouts, shitake mushrooms, and of course kimchi! Depending on the region, dolsot is also a popular preparation of this dish. Served on a hot stone bowl, the rice crisps up at the bottom, allowing for an interesting textual contrast of smooth, yet crunchy. Korean barbecue will not be the only item you'll be ordering after trying this dish.

One dish that should not be left out of this list is a dish that is as almost as synonymous with Spanish cuisine itself: paella. Although the warm orange-gold glow of the rice, along with vibrant vegetables, and tasty shellfish or chicken is mouth-wateringly good, a perfect paella should be based on the rice. Despite its many variations, all paellas start with sofrito, or flavor base, of chopped vegetables cooked in oil - typically tomatoes and garlic, and sometimes onions or ñoras (Spanish red peppers). The longer the sofrito cooks, the darker and more intense the taste is!

Despite its many variations and differing opinions on how to prepare the perfect paella, all goes quiet when a pen is set on the table and diners scoop up their own portions with wooden spoons. Just make sure to start at the perimeter of the dish and work your way to the center!

There is much more to Belgian cuisine than chocolate, waffles, and frites. In this country, rice is also brought to a whole other level. Rijsttaart is a creamy baked rice pudding in a soft pie crust. A layer of brandy-spiked prunes and raisins takes the creamy rice filling to the next level. Paired nicely with a side of coffee or tea, this dessert is perfect for all pie-lovers!

Spiced and stewed in flavorful tomato broth, jollof rice is eaten from everyday life to celebrations. The classic version is made with long-grain rice and seasoned with Nigerian style curry powder and dried thyme. Served with ripe, fried plantains, called dodo, Nigerians consider this meal to be the showstopper dish.

No two recipes are the same when it comes to making this dish beyond the staples of onion, tomato, and pepper. Some rice pots tend to be spicy, while others use coconut milk to tend to its heat. For West Africans, it seems that jollof rice represents interconnectedness, despite the many cultural and national differences that those in these countries possess.

Similar to a majority of dishes from early American origins, jambalaya was born out necessity. It is said to have been born from the Spanish dish, paella, but after the Africans, Creole, and French added their own influences, it became a dish of its own, unique form. While there are countless variations, a standard jambalaya contains rice, smoked pork sausage, often paired with chicken as well as shellfish. The one-pot dish is a staple in New Orleans and can be categorized into two types, Creole and Cajun. The Creole version is redder and uses tomatoes. Additional flavor comes from celery, diced onion, and bell pepper, which is a mixture known as the holy trinity of New Orleans Creole food: mirepoix.

In the South, people grow up on jambalaya due to its relative ease of making batches. The dish is common at holiday feasts or tailgate parties, and is served nicely with a baguette or salad. The next time you venture to the Big Easy, venture into Coop's Place, where they serve a mean rabbit and sausage jambalaya that's available late into the night!

This creamy rice dish is a delicious Italian staple. Carnaroli or arborio rice is the best type of grain to use for your risotto. The rice is cooked with butter, onions, wine, broth, and Parmesan cheese. Often cited to be a laborious dish to create, once the technique is down, this dish can be ready in as little as 30 minutes!

In northern Italian cuisine where risotto originates, there is a wide variety of risotto dishes for each season and region. The most famous of these is the risotto Milanese with saffron. Other popular risotto dishes are porcini risotto, wild mushroom risotto, and the most fancy of them all, the truffle risotto.

Nasi goreng is essentially Indonesia's take on fried rice. In addition to kecap manis, the country's famous sweet soy sauce, terasi (shrimp paste) is what sets this dish apart from other fried-rice varieties in Asia. Using terasi adds a potent dose of umami flavor that both pervades your senses as well as your kitchen.

It is believed that the tradition of frying rice in Indonesia came from the Chinese, when trade first developed between the two countries. Precooked rice is usually fried in a small amount of oil, then spiced up with shallots, garlic, chili, or ginger. Additionally, you can serve this dish with eggs, where you can mix it in the rice or serve it fried as a side.

Over 3.5 billion people from around the world eat rice as a staple food. While wars, disease, famine, politics, and injustice tend to further divide, it is the simple things like trying new cultures' foods that tends to create an interconnectedness among each other. After reading up on the many variations you can create with rice, show off your skills and prep a new, delicious rice dish for you and your family! 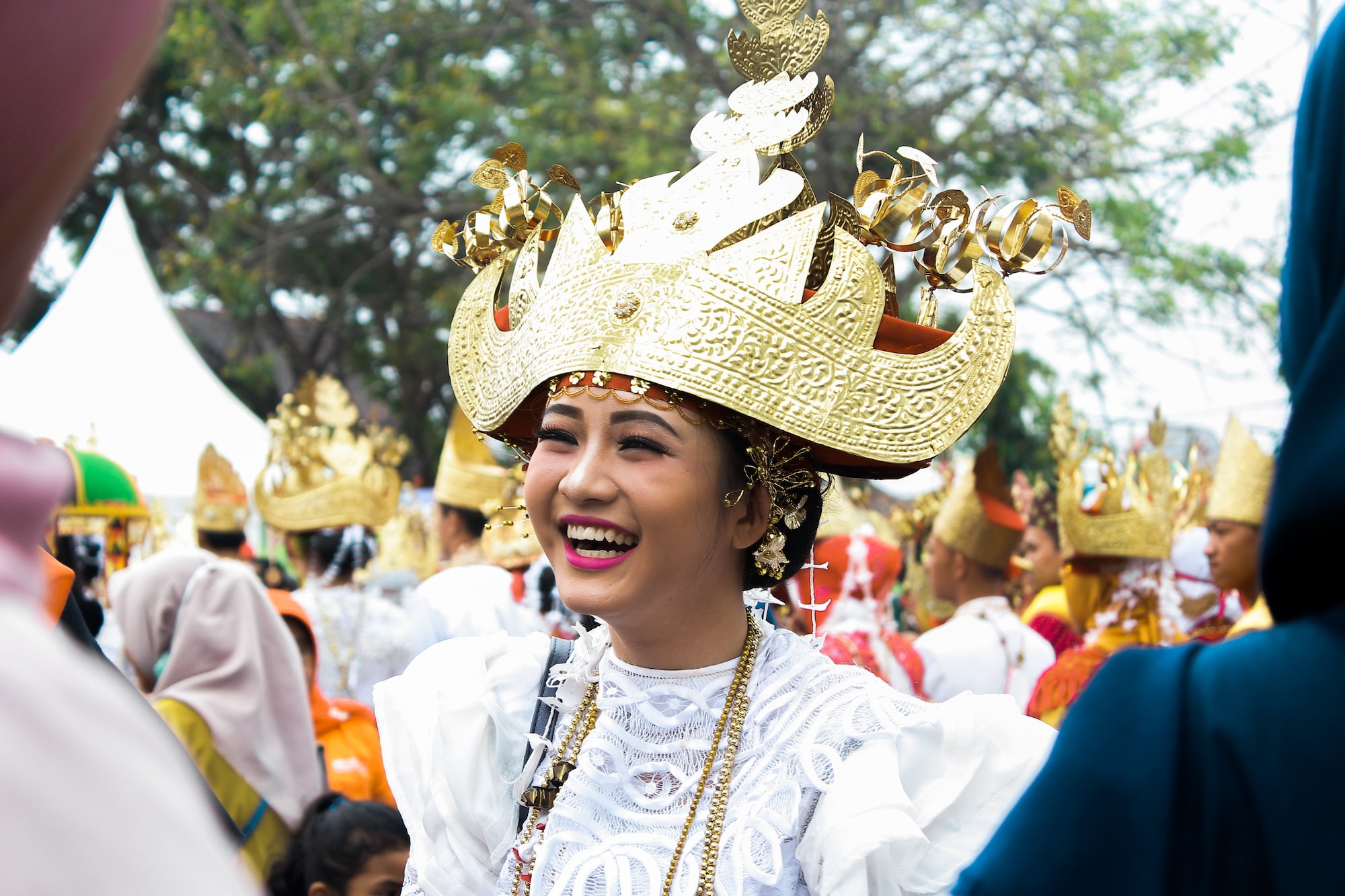 What the world wears on it's head 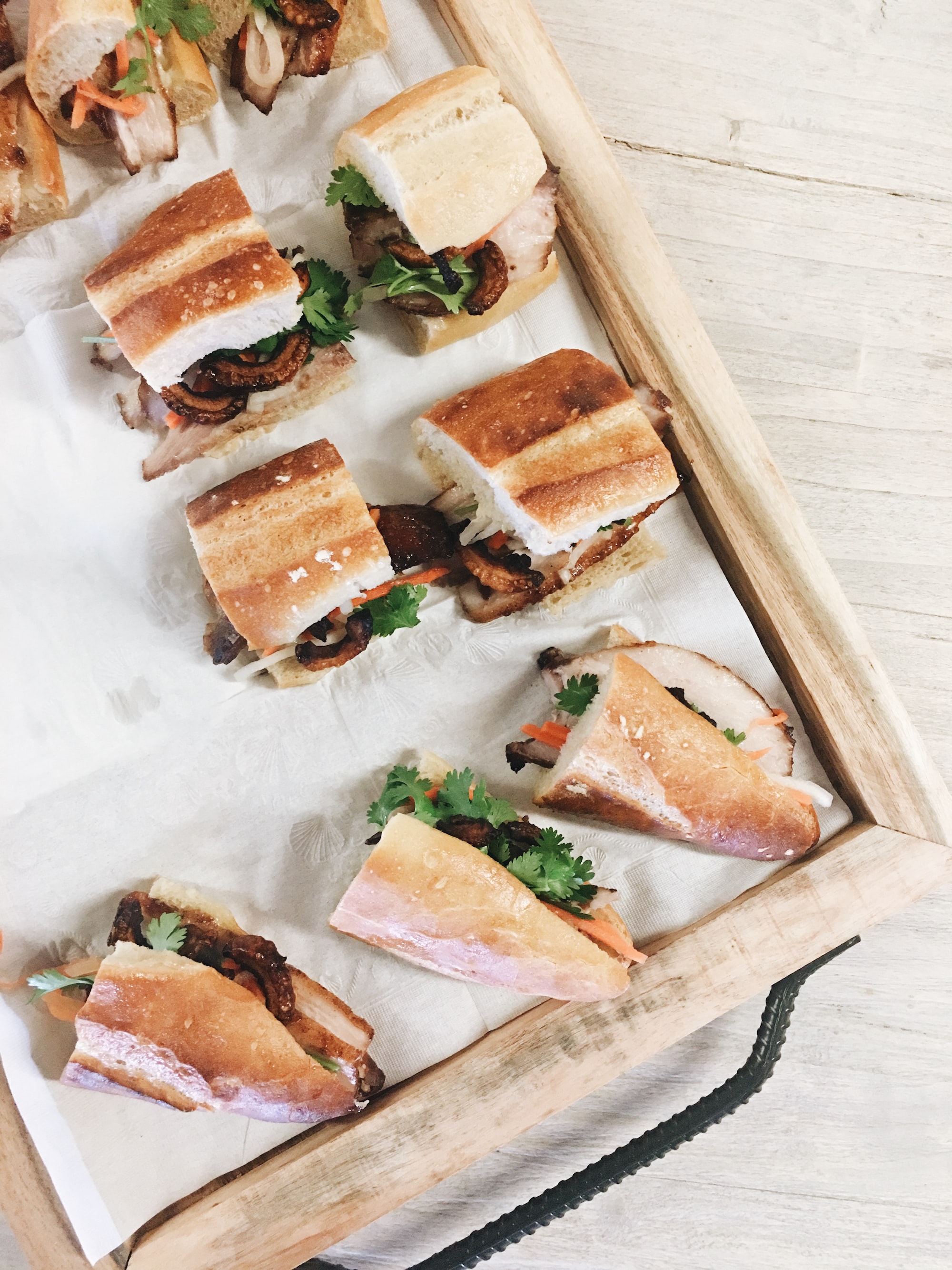 Follow us as we give you a tour of unique sandwiches from 10 countries around the globe!